Living in Tiergarten – Life in Tiergarten is exclusive, luxurious and located in the middle of the big city hustle and bustle. Those who can afford to live here benefit not only from the prime location, but also from the very good infrastructure and the high standard of living. Thus, this trendy district is next to Schmargendorf, Charlottenburg, Grunewald and Kreuzberg at the top of the list of the most popular residential areas in Berlin. Would you also like to invest in a property in Tiergarten as a capital investment? Find out everything you need to know about living in this upscale district. In addition: A tour through the most beautiful corners of the quarter, as well as all square meter prices for apartments, houses and land – Welcome to Tiergarten! Back to: .

Living in Tiergarten: Luxurious living in the middle of Berlin

New York City has Central Park. Paris has the Jardin du Luxembourg and London has Hayden Park. Berlin’s Tiergarten is the German equivalent and is in no way inferior to its counterparts. The local neighborhood also bears the same name. In the centre of Berlin, the Tiergarten enjoys a very good reputation as a place to live. The location is unique, the standard of living is high and the infrastructure is among the best in Germany.

Welcome to Berlin: Capital of Germany

Berlin is considered an international fashion, art and culture metropolis. Moving to Berlin sounds appealing and offers quite a few new possibilities and opportunities. The capital of Germany is a breathtaking city in every respect. Whether shopping on Kurfürstendamm, sightseeing at the Brandenburg Gate or tracing history in Berlin’s many museums. Its historical value is also unsurpassable. Berlin really has it all!

Close to the popular residential areas of Grunewald, Schöneberg and Charlottenburg, the Tiergarten district is located in the south-west of Berlin. To the north are not only the English Garden and the large Tiergarten, but also the Spree River. Also nearby: The popular Kurfürstendamm.

One look at the map and it becomes clear – the Tiergarten district has a lot to offer. And that goes far beyond the Botanical Garden and the Tiergarten itself. Not only are the Office of the Federal President, the Victory Column and the New National Gallery located here, but also the Gaslamp Open Air Museum Berlin and the Soviet Memorial. It is also home to some of the most expensive streets in Germany – and always worth a visit!

Some of the most famous sights in Tiergarten include:

Berlin Mitte is not only home to several historical monuments and sights. Many a famous face from film, television, music and sport has settled in the vicinity of the Tiergarten. Actress Claudia Mehnert, singer Kate Hall with her husband Detlef D! Soost and football player Christopher Trimmel all live here.

So the Tiergarten is home to the following German celebrities:

Sightseeing: A tour of Tiergarten

Landwehrkanal, Siegessäule & Co – the attractive Tiergarten district has a lot to offer. Not only the multitude of monuments and well-kept green spaces makes something special, but also the unique mix of new and old buildings, which makes up the flair of the residential area. Join us on our tour through the Tiergarten.

Bendler Bridge: View over the Landwehrkanal

Großer Stern: Victory column in the centre of the district

Old building meets new building: On the road in Tiergarten

Living in Berlin is not only a lot more exciting than in other cities, but also a bit more expensive. Especially the district Tiergarten is particularly luxurious and exclusive. Especially apartments are popular here. Whether , or apartment: the local real estate prices are among the most expensive in the city. If you want to buy an apartment in Tiergarten that is more than three years old, you can expect prices per square metre of between 3,500 and 8,500 euros. Newly built apartments, on the other hand, are far more expensive. Here, a square metre costs between €5,800 and €10,000.

Here is an overview of the prices per square metre for houses and apartments:

Those who choose to live in and around Tiergarten benefit not only from the prime location of this trendy district, but also from the high standard of security and the very good quality of life. No wonder that the real estate market is booming here. More and more people are being drawn here. Whether a small family, entrepreneur, investor or young professional – everyone feels at home in Tiergarten! The high demand is also reflected in the prices per square metre. These are among the most expensive in Berlin. So if you want to a here, be it off market, via a real estate portal & Co, we recommend that you contact the real estate agent you trust.

Berlin: Real estate in the capital

Capital, university city, historical stronghold and as an international location an attractive place to live for families, couples, singles and students. Accordingly, Berlin faces a continuously growing population due to immigration.

Berlin offers everything from fashion, art, finance, start-ups, and the list goes on. There is hardly a person who would not find their passion in this city of 3.75 million. This is also evident in the sprawl of the city and the different districts. For this reason it is often described as’ many cities in one’. A walk through Berlin-Mitte is very different from Kreuzberg and Prenzlauer Berg is not often confused with Zehlendorf. 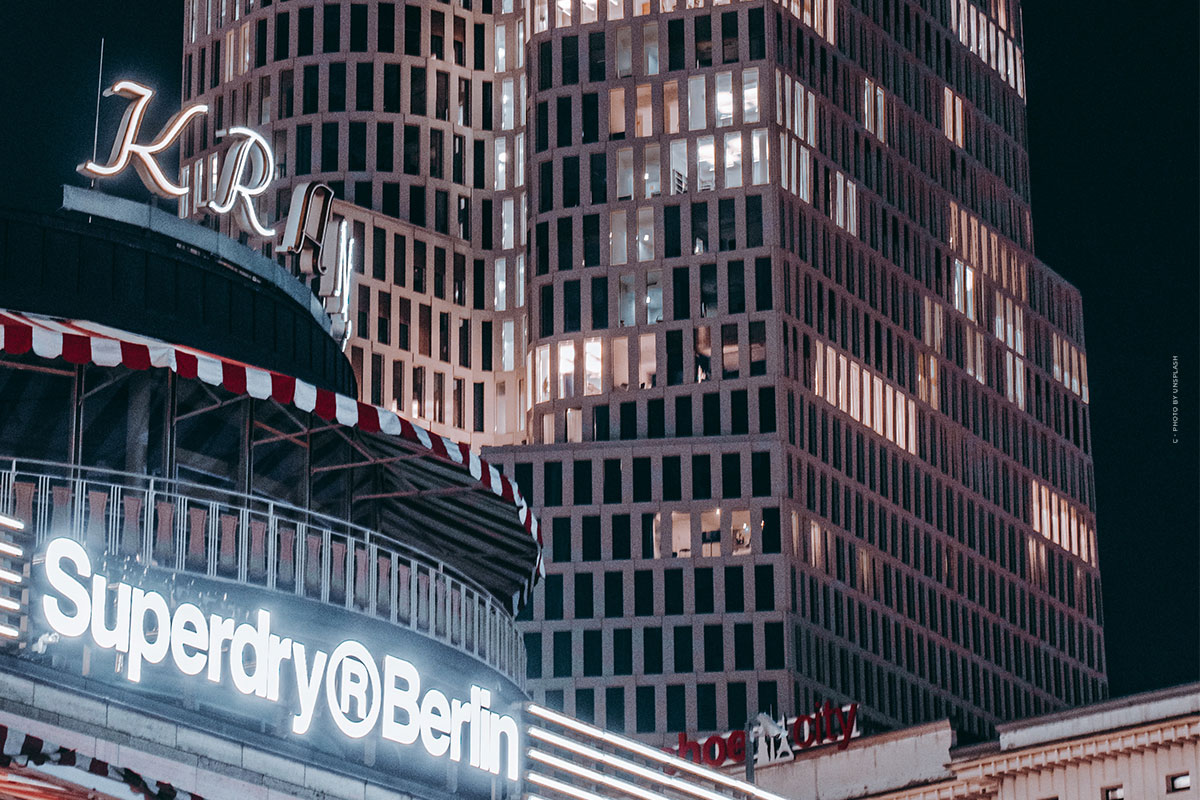 We present the most beautiful districts of the German capital and tell you where you can buy the best, highest quality and most exclusive properties to set up your new home, or which districts are best suited to invest in a property as an investment. Here we present the most popular residential areas – from upscale Grunewald to charming Schmargendorf and quiet Dahlem to historic Charlottenburg. Back to overview: .

As an international location, Berlin is an attractive place to live for people from all over the world. While the district of Wilmersdorf in Charlottenburg convinces with its well-kept green spaces, the residential areas of Prenzlauer Berg and in Berlin-Pankow inspire with their unbeatable prices and central location. You want to sell your apartment, your apartment building or your property in the world metropolis Berlin? With our free guides and tips on the topics of real estate sales and property valuation, you are well prepared. Back to overview: Selling real estate in Berlin. 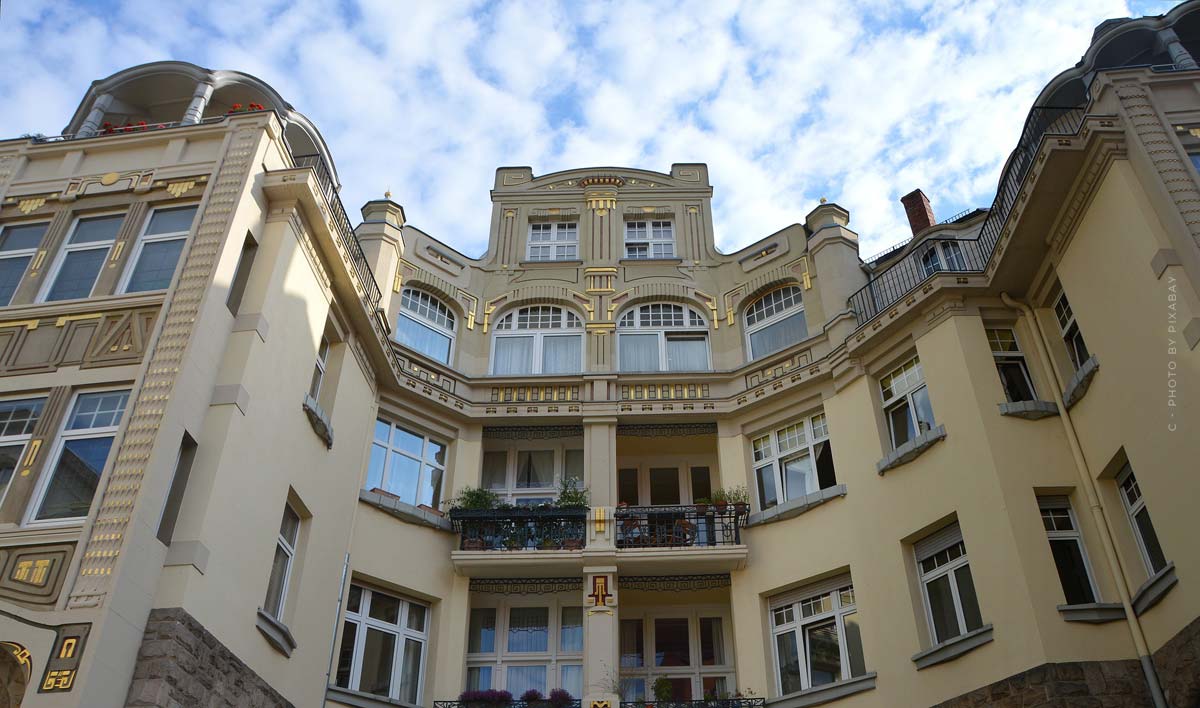