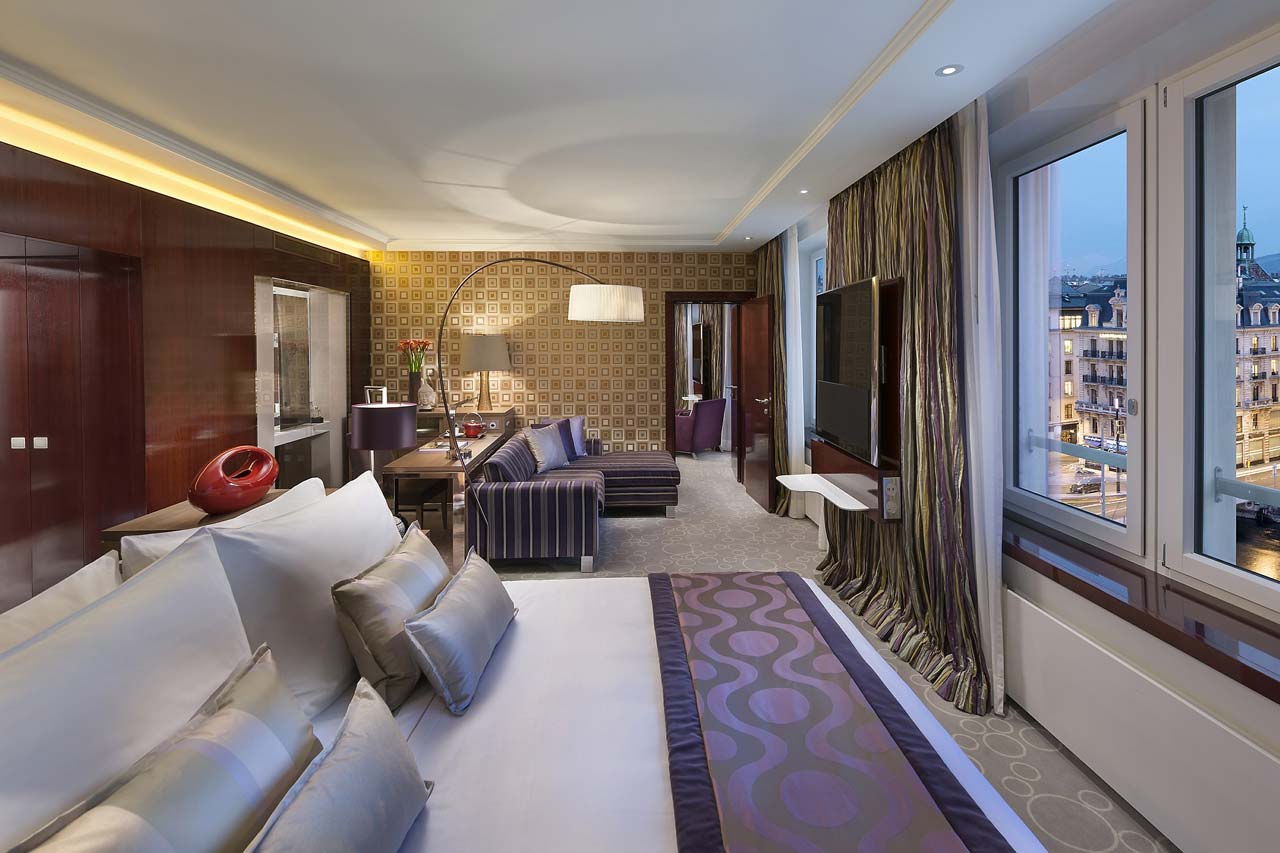 Toronto — Toronto is not only Canada’s largest city, but as one of the most popular metropolises in North America, it attracts many visitors: it combines shopping pleasure with culinary delights, culture, sightseeing and exceptional architecture. It lies in the province of Ontario on the shores of Lake Ontario, one of the five Great Lakes on the border with the USA. The capital of Canada, Ottawa, lies 400 kilometers northeast. However, Toronto is home to extremely important companies and universities. As well as home to the Canadian stock exchange and the country’s largest airport. The name Toronto comes from a river in the area, whose name comes from the language of the Mohawk Indians, meaning “Where trees stand in water”.

The Superstar City in Canada

Toronto is an economic powerhouse, but also a cultural center, found mostly around the old town, famous for its music scene and its particularly varied gastronomy. The Toronters are also very fond of sports. On game days, the whole city is feverish – in summer with basketball, in winter with ice hockey. 130 kilometers away are Niagara Falls and the city of Niagara Falls (Ontario), and from Toronto there are numerous offers for day trippers. About 320 kilometers down the St. Lawrence River are the Thousand Islands, a group of about 1,800 small islands that can be explored by excursion boats. Downtown Toronto has more than 100 skyscrapers higher than 100 meters, the second highest number of high-rise buildings in North America after New York City. In addition to its beautiful location on Lake Ontario, it is also home to one of the largest and most beautiful airports in the Toronto Pearson Airport YYZ.

Toronto’s central location, along with a host of political policies favouring international trade, places this city with the greatest economic ties to, and influence from, the United States. Since the second half of the 20th century the city has grown phenomenally, from a rather sedate provincial town-“Toronto the Good”-to a lively, thriving, cosmopolitan metropolitan area. With the surrounding communities, Toronto makes up the Golden Horseshoe, the largest metropolitan area in Canada, with 8 million inhabitants. Moreover, the city is positioned on the edge of some of the best farmland in Canada, with a climate favorable to growing a wide range of crops, thereby making Toronto a transportation, distribution, and manufacturing center, as demonstrated by the fact that it is home to the TSX (Toronto Stock Exchange). Toronto’s population growth has increased by 1.2%, from 0.5% to 1,7%, between 2013 and 2020. 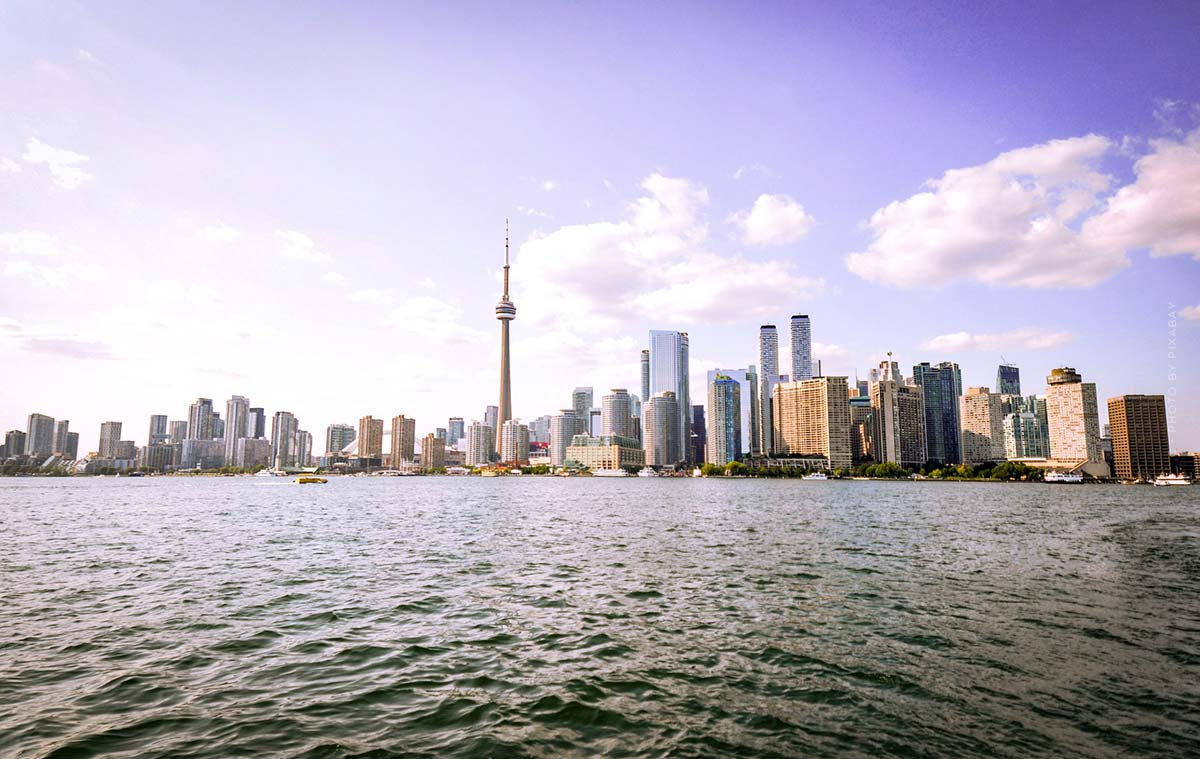 Over 50% of Canada’s GDP growth were a result of real estate. Toronto makes up a significant proportion of this growth. The good location on the northwest shore of Lake Ontario has led to continuous population growth in recent decades. Compared to the typical temperatures in Canada, the climate in Toronto is still considered moderate, which is due to its southern location on the outer edge of the country. With a GDP of 276.313 mio. Dollars, Toronto is the forty-first economically strongest city in the world. In Canada, along with Montreal and Vancouver, it is the hottest real estate market. The median house price in Toronto is CAD686.000.

Toronto’s unforgettable skyline is beautiful from almost everywhere, but rarely seen from up above.

Toronto is home to many growing, diverse cultures. From all around the world, all walks of life, and all aspirations. There is youthful atmosphere, cozy streets and big city flair.

Leslieville in East Toronto is one of the neighborhoods where a lot has already happened and is constantly changing. The many small cafés and restaurants in the neighborhood are always full of people of all ages. Many creative people and young families move into the new apartments that are being built everywhere or are being built in old factory buildings. The older ones have been living for years mainly in the side streets of Queen Street East, where there are whole rows of pretty brick houses from times gone by. And they have a garden in the middle of the city. 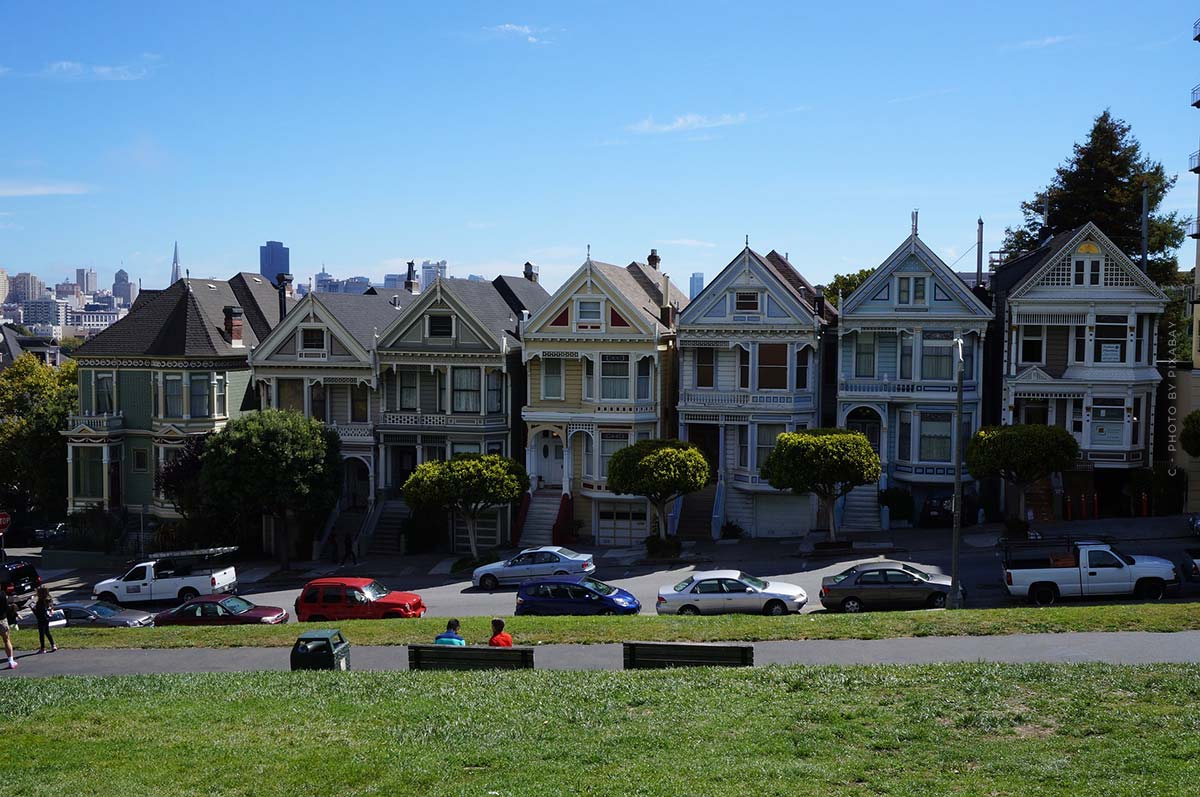 In Queen West you can find practically everything that is cool. Super shopping, numerous art and design studios and a variety of music events and good restaurants – and all this against the backdrop of historic buildings. Walking through the streets you’ll find hidden galleries, and boutique hotels like ‘The Drake. No wonder Vogue has called West Queen West the second coolest neighborhood in the world! 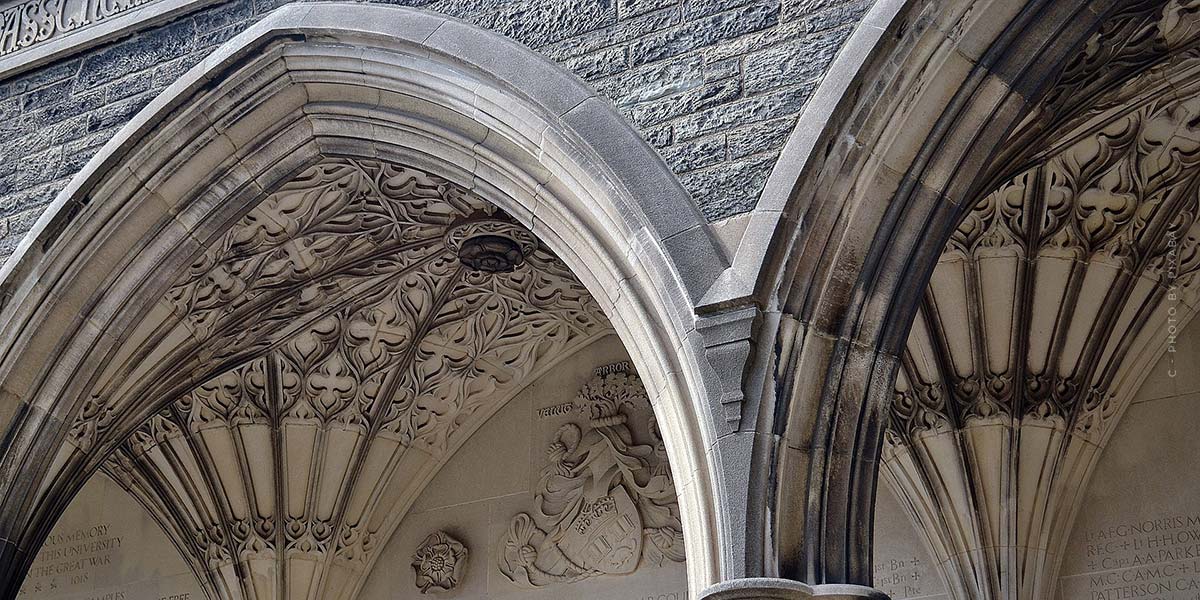 Kensington Market is like a small Toronto in the middle of Toronto. This quarter is between Spadina Avenue and Dundas, Bathurst and College Street, which is characterized by many small, colorfully painted houses. In Kensington everything is very workmanlike. Few big department stores, and no white tablecloths in the restaurants. There is also much cultural diversity. You meet pensioners as well as their grandchildren. Over the years, immigrants from the Caribbean, Latin America, Europe and Vietnam have made their home here and left their own mark on the neighborhood.

Liberty Village is located on the west side of the city just behind the tracks of the stadium. The young creative and often career oriented people, live here in high-rise housing estates, most of which are surrounded by large green spaces. Former factories in old buildings have been transformed into apartments, cafes and restaurants. The industrial soul lives on through the new residents: start-ups, digital agencies and advertising agencies. Liberty Village looks completely different.

A look at the high rises around the Bay Street area. 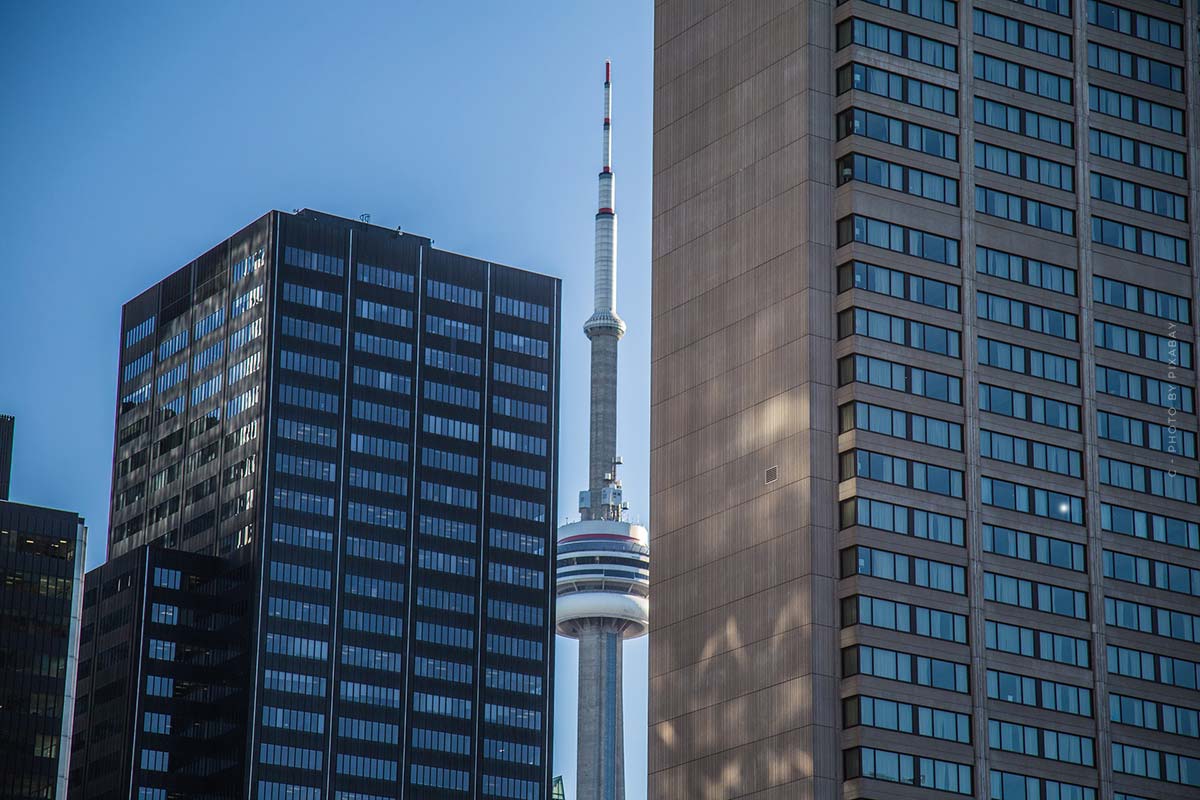 Toronto is not just another North American metropolis. It is uniquely situated in its surround nature, with the legendary Canadian Shield, and extremely fertile farmland. This surely fed its rapid economic rise, but nowadays it is home to startups, tech-companies, as well as established big names such as Bell Canada and the Alderwoods Group.

The melting of ice from the last Ice Age shaped the landscape of the Toronto region. About 11,000 years ago, in place of today’s Lake Ontario, there was the Lake Iroquois, much larger and deeper. The shores of which are still found about 12 kilometers inland from the shores of Lake Ontario. With the opening of the St. Lawrence River, the water of the lake receded. Over time, the water levels rose to their present level, leaving a marshy shoreline but a beautiful natural harbor. Another physical feature is Toronto’s location at the mouth of the Humber River. Apart from this, the city’s terrain is almost uniformly flat, formerly being the lake floor. The resources of the surrounding land have also been important to Toronto’s development. The rich sedimentary soils of southern Ontario offered excellent farmland, and the ancient rocks of the Canadian Shield in the north were not only a source of valuable mineral resources, but also covered with spruce and pine forests.

Toronto is the headquarters of the five largest banks in Canada, including the Toronto-Dominion Bank and the Royal Bank of Canada. The Royal Bank of Canada is the largest bank in the country with over 60,000 employees. The leading Canadian financial institution has the largest branch network in Canada with around 1,300 branches. Since 1997, only electronic PC trading via the Computer Assisted Trading System (CATS) have been available at the TSX.The financial metropolis Toronto has the oldest bank in Canada, the Bank of Montreal, which was founded in 1817. Since the mid-1990s, Toronto has had a higher unemployment rate than the average in Ontario. The average household in the metropolis generates around 80,000 Canadian dollars a year. The economy of the Canadian metropolis in eastern Canada is now very broadly based with numerous corporations.

Toronto is also the ideal place to practice globalization. With five and a half million inhabitants, the Greater Toronto Area is one of the largest North American megacities. But it is much safer, and the social differences are less pronounced. The region (and perhaps all of Canada) has found a way to offer people a new home without taking away their old one. The immigrants are young, come from all over the world and shape the entire city life.

The most important infos for a short trip to Toronto.

Flight: Toronto Pearson is one of the biggest airports in the world. It is located in the suburb of Mississauga and is well connected to the city by train, bus, cab and via ferry. It takes 17 minutes from the airport to the Union Station in downtown by Car, or 25 minutes by bus. But there’s another airport in town. For North American jetsetters, the Billy Bishop Airport is optimal. Renowned for its beautiful location and the view of the city and lake Ontario when arriving, it has destinations such as Boston, Montreal, Chicago, or New York.

Accommodation: There are hotels of all kinds in the city. Many accommodations are located in the skyscrapers in downtown Toronto. There are also established luxury hotels such as the Ritz-Carlton and the legendary Drake Hotel. Additionally, in some districts there are chic, small boutique hotels.

Bay Street is the hub for all financial exchanges and the hub for the Toronto Stock Exchange.

The one year graph of the Toronto Stock Exchange.

The three year graph of the Toronto Stock Exchange. 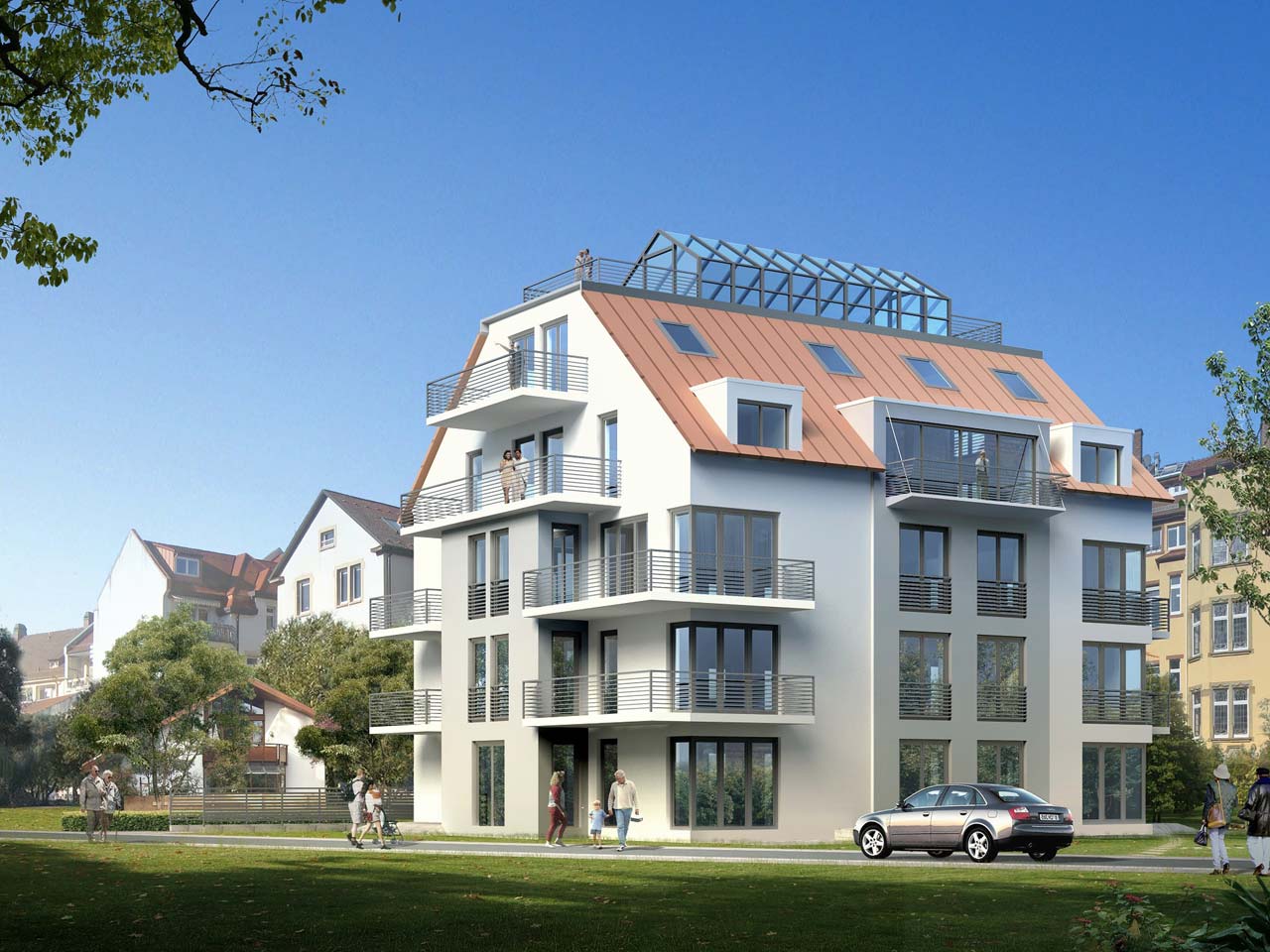 Craftsman rip-off! How to protect yourself from excessive bills 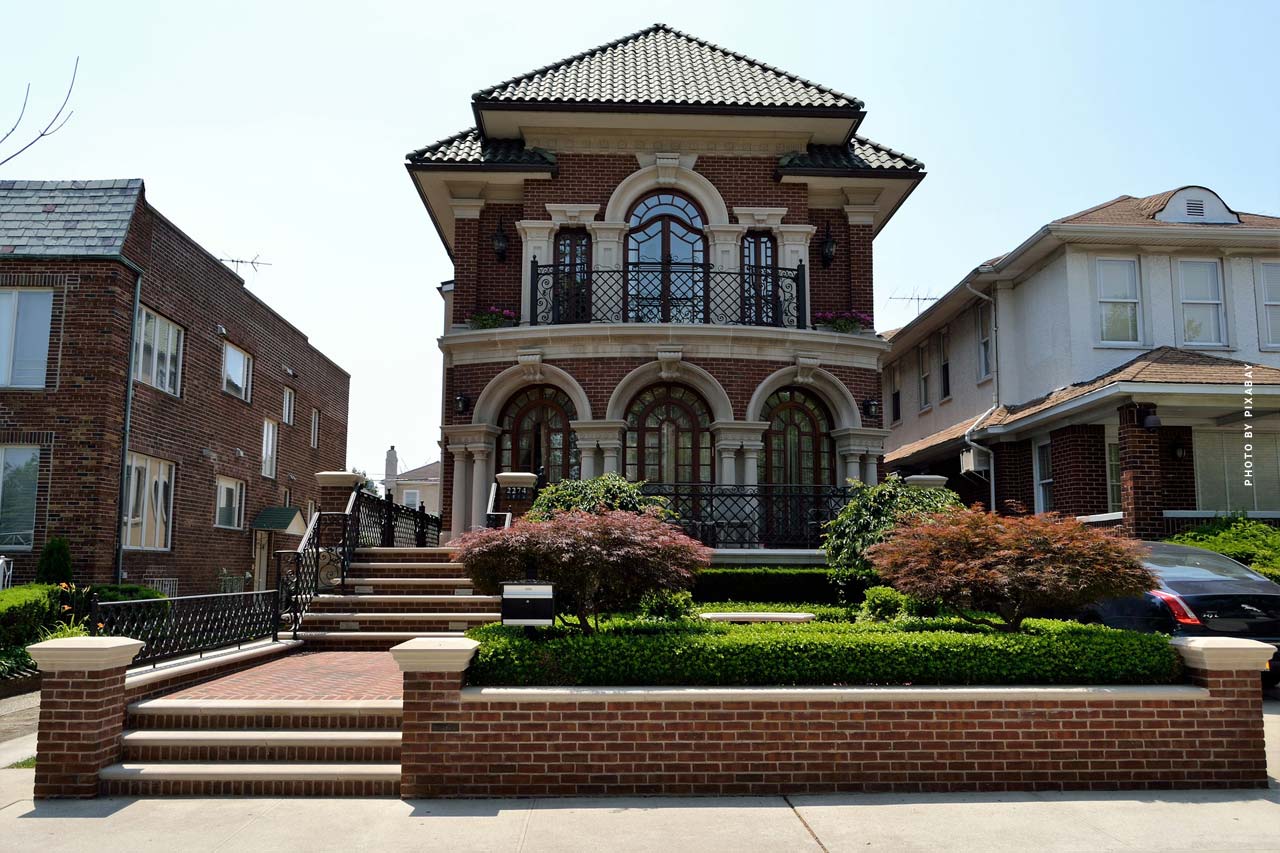 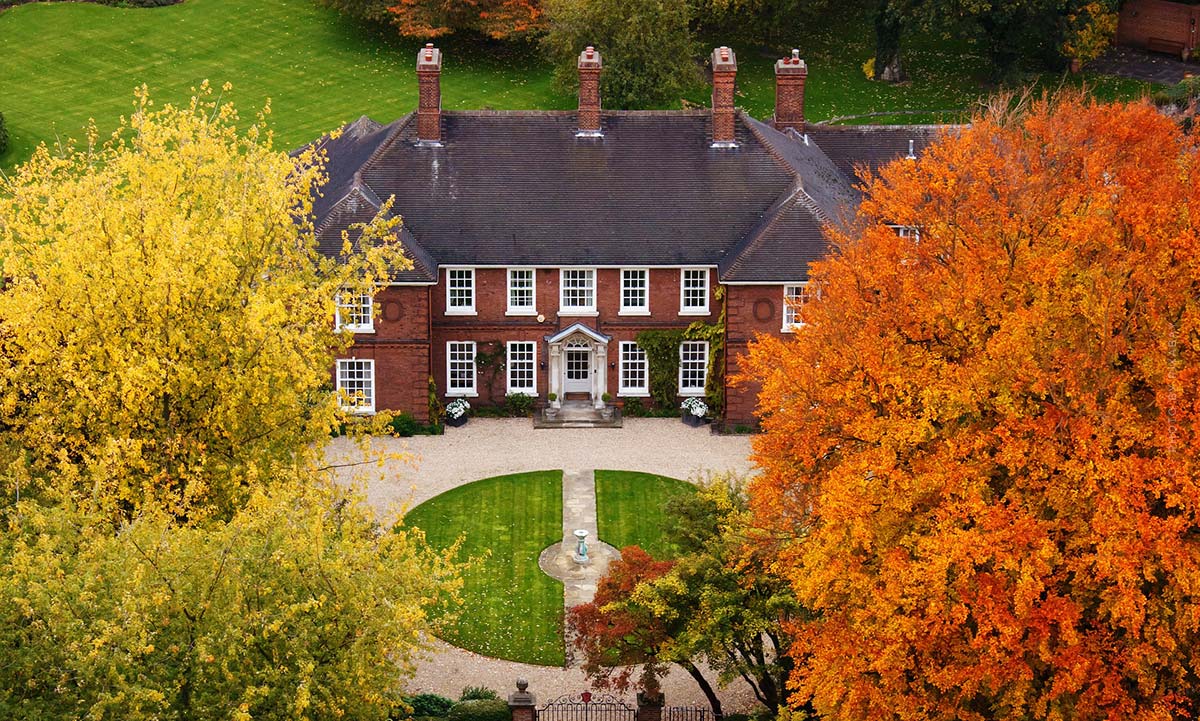 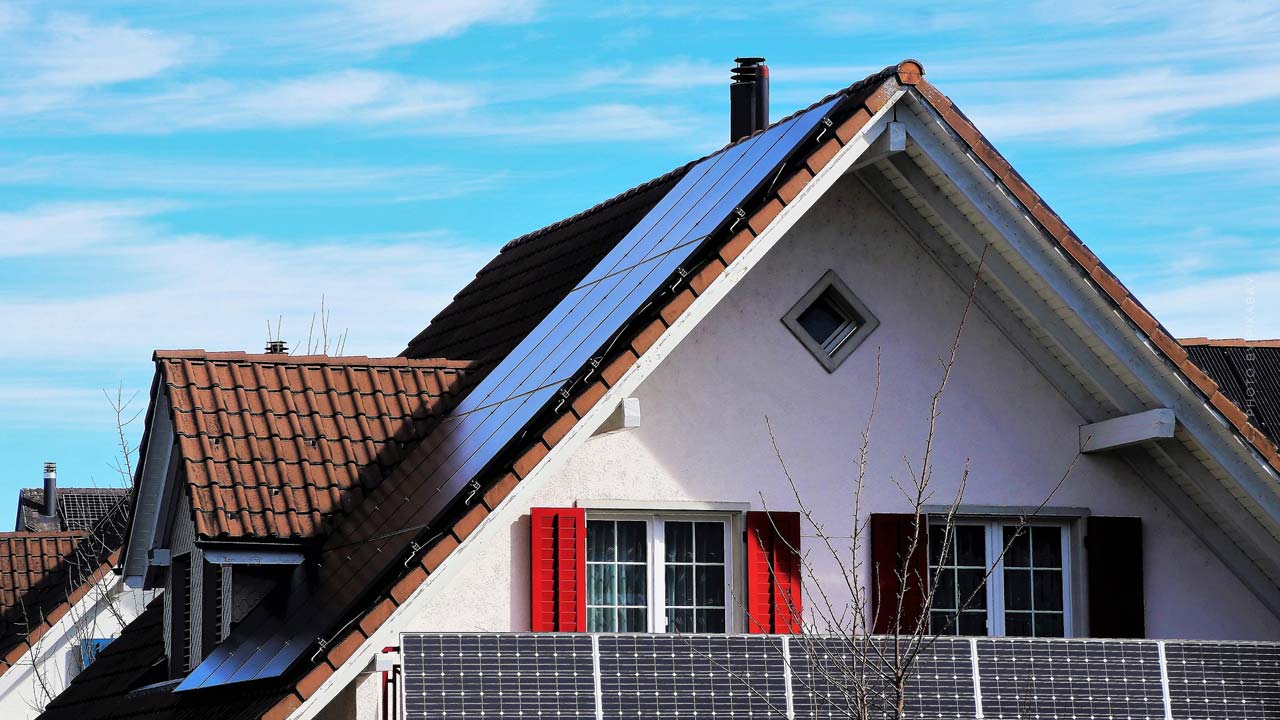 Valuing a house: Estimate purchase Price or have it Estimated? Valuation 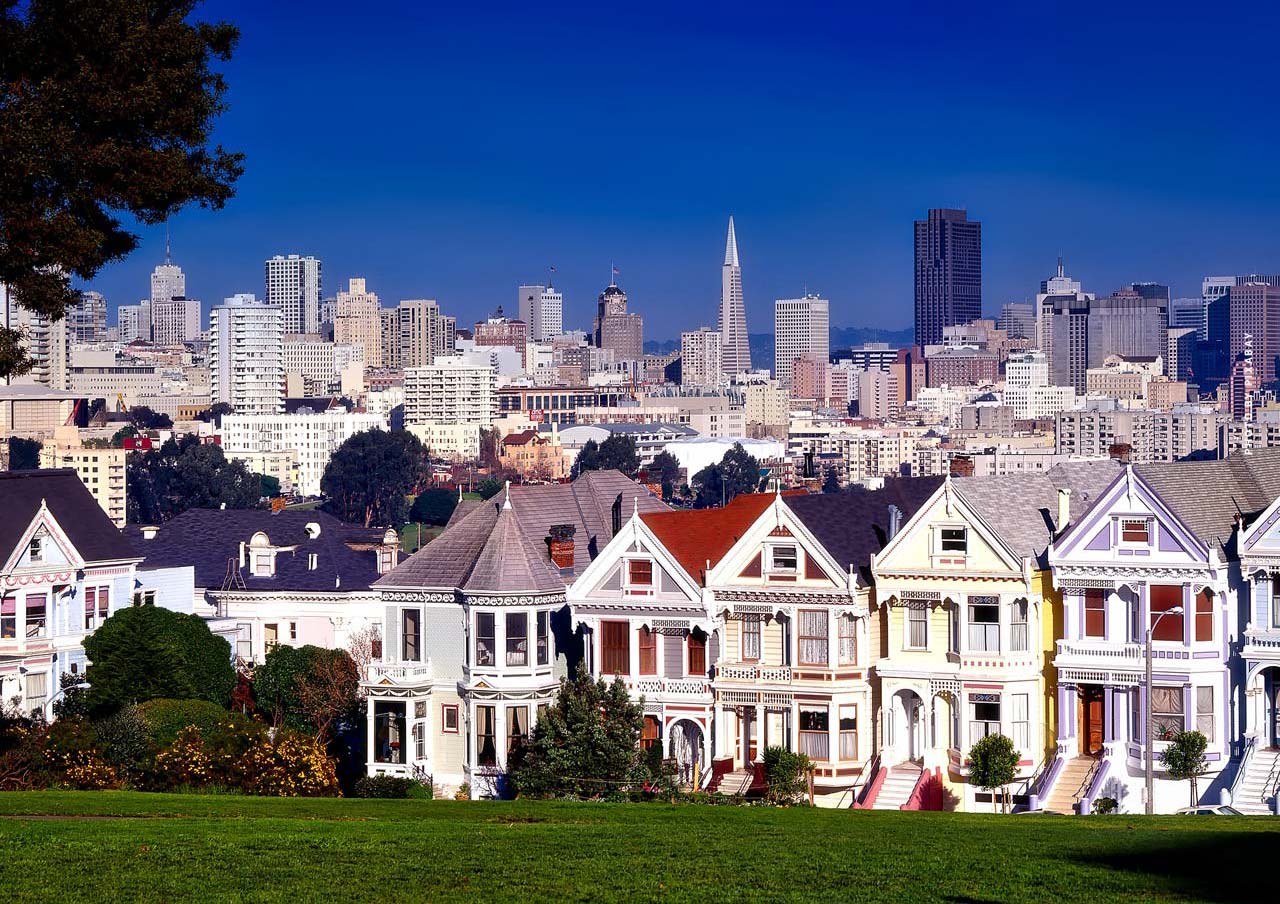 Apartment viewing tips: How to convince + what to bring to the new landlord? 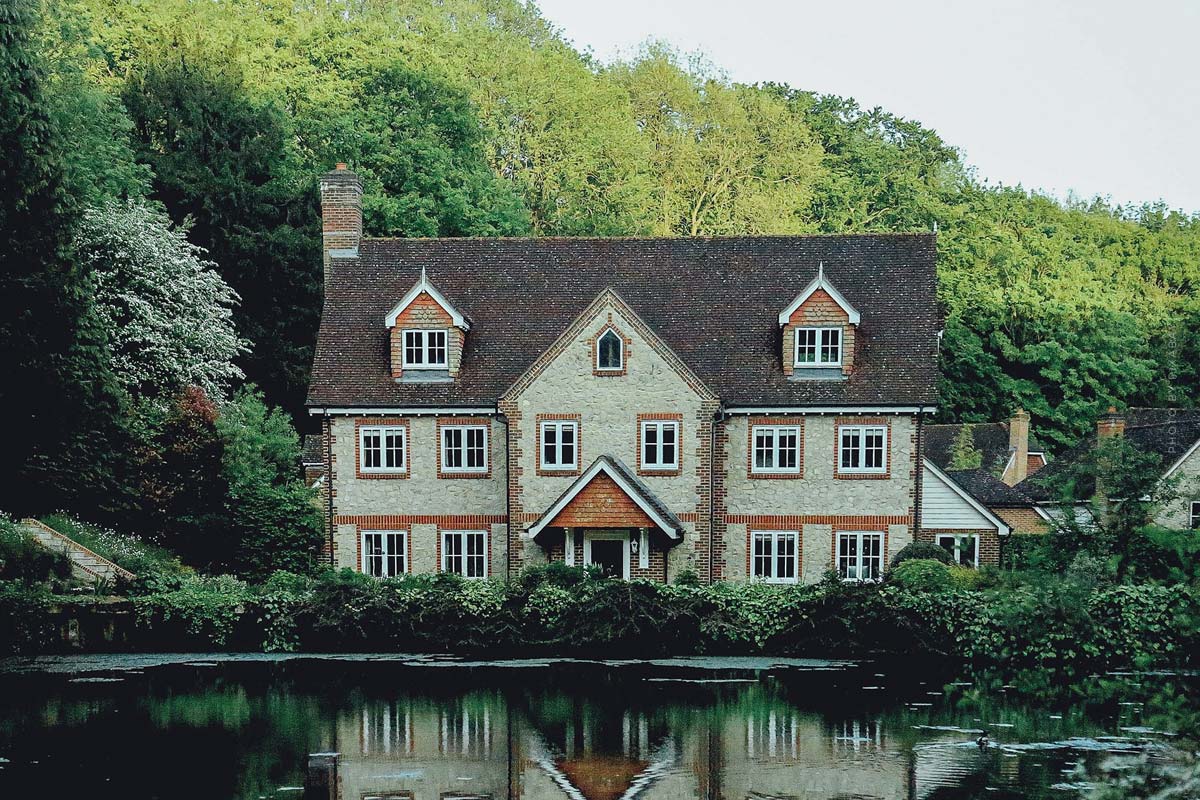